In the Spring of 2021, Uber France launched its campaign “Ni dehors, ni à bord” (« Neither outside, nor on board”) with DDB Agency, condemning all forms of violence and discrimination. Uber developed the campaign with a number of nonprofits dedicated to fighting violences (Collectif féministe contre le viol, HandsAway, SOS homophobie et Stop harcèlement de rue).
The campaign featured large black and white posters in public spaces, with powerful messages such as “Sexist statements are shameful at the coffee machine as well as in an uber”, “Anti-Semitic statements are unacceptable on TV as well as in an uber”. Uber France also put in place a Charte de la communauté (Community Charter). By signing this Charter in the Uber app, users agree to respect their driver or passenger(s) and to condemn any unacceptable actions. 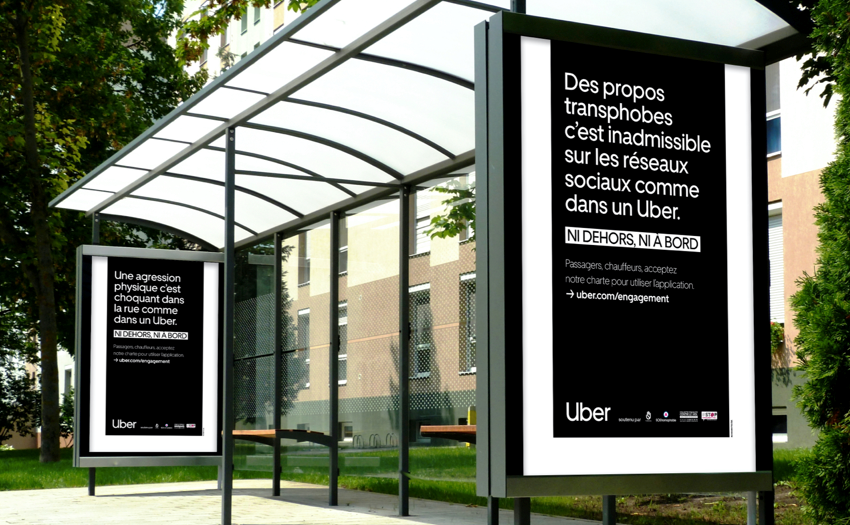 The “Neither outside, nor on board” campaign remains active today through its podcast, which tackles discriminatory situations that have no place outside or in a car.