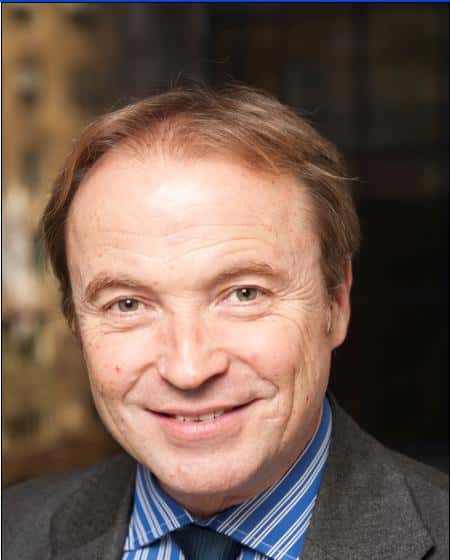 From 2008 to 2014, he served at the United Nations Alliance of Civilizations in New York as Head of Strategic Development and Partnerships with High Representative Jorge Sampaio, former President of Portugal. In that capacity, he has designed and developed innovative public-private partnership solutions to promote intercultural understanding and inclusive societies, particularly the Intercultural Innovation Award with the BMW Group, and the World campaign “Do One Thing for Diversity and Inclusion” with the main IT companies in the Silicon Valley and 150 Organizations around the world.  He also spearheaded the development of the UN Alliance of Civilizations in Asia and the Pacific.

From 1999 to 2008, he was the Head of Strategic Policy Dialogue at the World Bank,  working with President Jim Wolfensohn and vice President Jean-François Rischard, in charge of strategic engagement with key stakeholders, policy makers, academics and influencers, youth….He created and developed the Parliamentary Network on the World Bank and the IMF, a world Organization of more than 1000 legislators around the world champions in international development and good governance; he was the engineer of the flagship event of the World Bank, the Annual Bank Conference on Development Economics ( ABCDE) working with chief economists Joe Stiglitz, Nick Stern and François Bourguignon.

Jean-Christophe was the first Executive Director of the Aspen Institute France (1994-1999), chaired by former French Prime Minister Raymond Barre. He has been serving for the past 20 years as a member of the executive board in charge of international programs. He organizes a bi monthly geopolitical talk show, hosting global leaders, prime ministers, influencers to discuss the remaking of the world order.

He is the author of EUROPE A LA CARTE ( Editions du Cherche Midi ) a book of reflection on European identity, and ME WE US ( Chic Media Editions) with a foreword by Ban Ki moon on the occasion  of the 20th anniversary of the publication of the Clash of Civilizations by Pr. Samuel Huntington. He is also the author of “André Bas, Combats pour l’Entente”, a biography of his grand father, one of the founders of Europe after WW2, who worked closely with Robert Schuman.

Jean-Christophe has been traveling and working in approximately 100 countries around the world and is regularly invited to give speeches and participate in forums and conferences on issues related to multiculturalism and pluralism; democracy and governance; cultural diversity and inclusion ; responsible leadership and global affairs…

He is 62 and the proud father of Zelda and Apolline who are Franco Americans, working respectively in the field of participatory democracy and new models of shared governance, and in the film industry. He is passionate about contemporary art, discovering cultures, architecture, contemporary dance, reading and writing.

Jean-Christophe Bas is Founder and CEO of Connecters for Peace. He has thirty years of experience in leadership positions in major international Organizations: the United Nations, the World Bank, the Council of Europe, the Aspen Institute.

He is also the Founder and CEO of The Global Compass www.theglobalcompass.net , an advisory firm that provides assistance and expertise to Governments, international organizations, corporate leaders,  cultural and nonprofit sector in strategic partnership, international development, policy dialogue, international events content and design.

From 2018 to 2020, he served as CEO and chairman of the executive Board of the Dialogue of the Dialogue of Civilizations Institute in Berlin, one of the leading international think tanks dedicated to promoting shared worldviews in the remaking of the world order.

Prior to this, he was the Director of Democratic Citizenship and Participation at the Council of Europe, running a team of 160 staff dedicated to fostering democratic participation and citizenship, intercultural understanding and cooperation.