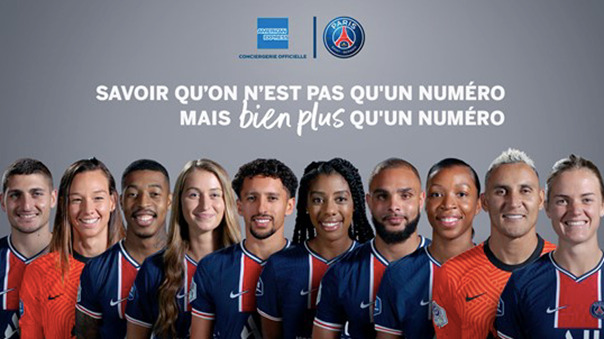 ”To know that we are not just a number, but much more than a number”

In November 2020, American Express, in partnership with the French Paris Saint Germain, launched a massive media campaign celebrating diversity and inclusion, two themes valued as « real levers of performance and success ».
The campaign included a 30-second commercial as well as a digital and social media campaign.

« Like American Express, we defend the values of respect, cultivate a sense of belonging, solidarity, excellence and passionate commitment. The fight against all forms of discrimination is also a fundamental commitment of the Club and is expressed both through its Foundation and its work alongside recognized associations such as SOS Racisme, LICRA, Paris Foot Gay and Sportitude. Through this commitment and the initiatives in favor of integration and inclusion carried out by its Foundation since 2000, Paris Saint-Germain works on a daily basis to promote an ethical culture, respect for fundamental rights and living together: values at the very heart of this campaign.”, commented Cynthia Marcou, Deputy Sponsorship Director of Paris Saint-Germain.